Am I Genderqueer, or Butch?

Am I Genderqueer, or Butch?

When I was a kid, I used to pretend life was a movie that you watched with God. After the movie was over, he’d get up and say “What’d you think? Pretty crazy stuff right. Lets get you to bed, we’ve got a lot more to watch tomorrow”. It was always a blank white screen in a blank white room on a white couch. I think I might’ve been heavily influenced by the movie “Bruce Almighty”, which came out at a pretty influential time for my kiddo brain. I used to think that feeling so separate and other was normal, that everyone was stuck wondering about the futility of life for hours while staring at a wall when they were 6 years old. Now I start to wonder, what the heck kind of kid is that? 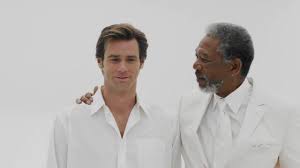 I think I know the type of kid now. That type of kid very well may be a genderqueer kid. They might not understand the extremely gendered world they live in. They might feel other, they might even feel like a spectator. This genderqueer kid is going to have to pick a side eventually. If they don’t pick a side, society chooses for them. Gender presumptions are more common than manners. All of these progressive, expressive and innovative ivy league gender theories don’t exactly “trickle down” to the midwestern suburbs. Having a strong sense of self, making your own supportive family, and developing a firm backbone is the best bet for that kid. A community where people accept all genders as valid and equal in dignity is obviously the goal, but until then, backbone is the best investment.

Growing up genderqueer would not be difficult if society wasn’t so thoroughly gendered. Gender roles have seeped into our culture like cigarette smoke on plaster walls. Clothing, lunchboxes, notebooks, friendships, clubs, games, parties, haircuts, absolutely everything is gendered. Not identifying as any particular gender while being immersed in this binary universe is going to have lasting implications on one’s sense of belonging.

Unfortunately, growing up is tough enough for cisgendered heterosexual people. They have whole movies about it. Mean Girls, Sixteen Candles, The Breakfast Club. Multiple hour-long sit-sessions about how tough it is to be a teenager—they’re all quite mopey if you ask me.  But who am I, I’ve just got a big ol’ lesbian crush on all of cisgender-hetero society.

Children are usually indifferent to one another’s gender, but then puberty hits and the more prominent physical and social differences of the sexes emerge. Social gender priorities (aka bullshit ‘round these parts) are much more reconstructive and long lasting than the physical changes. How many of these differences are biological, and which of them are social constructs?

Ask any trans person who is doing HRT (Hormone Replacement Therapy), and they will tell you that their HRT gives them some characteristics of their desired gender. There are distinct hormonal characteristics of sex that guide the scope of our social and cultural experiences. Its more than appearance, more than reconstructive surgery, more than facial hair, more than growing natural breasts with estrogen. The physical embodiment of the other gender is merely a side affect of expressing ones’ authentic self. Physical and visual gender presentation is an empowering option for trans and non binary people, but is not what makes someone trans. If physical presentation isn’t what makes trans people trans, then what does? They are trans if their personal sense of their gender identity is at odds with their biological sex. A gender nonconforming person may require surgical intervention to feel right in their body. It is important to emphasize that no one, trans or gender nonconforming, needs surgical intervention in order to validate their identity. All gender identities are valid regardless of physical presentation, biological sex, or another’s perception of one’s gender.

“Should stereotypical behaviors be cast aside as limited in understanding, or should they be thought of as a sort of social hormone in our communities’ veins?”

What makes someone gender non-conforming? Is it the otherness? Are you genderqueer because your dad let you wear his shoes? Was it all the sports? The softballing? The whiskey drinking? Should stereotypical behaviors be cast aside as limited in understanding, or should they be thought of as a sort of social hormone in our communities’ veins? What if you love all things femme, but feel most comfortable presenting butch AF, are you a person with varied interests, or a person with varied genders? While some labels overcomplicate, everyone should be limitless in pursuing their truth. What if you’re ecstatic with your genderqueer identity, and resent people who see trans and non binary identities as alternative? What if playing both sides empowers you and emboldens you? Or take this for a spin, what if any and all gender association make you anxious? What if you’d rather be omnigender and have everyone respect that?

To some, being associated with all genders empowers, and to others being associated with none empowers. Classifying our individual differences is a slippery slope, but self reflection and introspection can give you deeper, stronger roots. As a queer, non-binary person, exploring the gender spectrum has given me more confidence. I have been experiencing an overwhelming, genuine self-love since coming to terms with my non-binary identity. I suspect that others can benefit from reflecting on their gender, and that all people would benefit from exploring different expressions of gender. The perspective I have gained over this growth period has helped me gain strength from my experiences. It helped me understand myself in a more sympathetic and validated way. This might seem obvious to more well-adjusted folks, but alas, I am not well adjusted. I’m medium-rare, pink in the middle, and angrily thumping at the glass ceiling in my AFAB body saying “PERSIST!” in a low mumble grumble while also somehow being too insecure and bitter to have meaningful relationships with cis men. I’m that dyke that Alison Bechdel makes jokes about. Which I guess is just Alison Bechdel herself. Am I Alison Bechdel?

Of course not. I wish. Why are some queers afraid of exploring their gender identity? Probably because they have never considered it before. Fear and ignorance of transgender people is most definitely a factor. However circa 2018, our post Laverne Cox, Chaz Bono, Aydian Dowling universe is changing society at breakneck pace. Why would a modern person, accepting of trans and gender-nonconforming identities be afraid of trans association?

“Two categories is not enough, it grossly generalizes and also erases the intersex and gender nonconforming communities”

It’s against the grain. It’s against your own innate understanding of how things are, of how society works. How can a non-binary person feel confident in a world that is thoroughly and completely male/female, as someone who breaks the mold? Breaking the mold is a sign of greatness, it’s how beauty happens. Atypical, unique, when you break the mold you become distinctive. Society tends to punish atypical people, but the risks are worth the reward. We need to stop hiding, and start talking honestly about gender. We need to talk about how universal gender is, how similar the genders are. People can identify as many genders, or no gender, or bi-gender, or even that your gender can change and fluctuate. All of it. I know you might think these terms are superfluous, but you have to admit that two words hasn’t been cutting it. Two categories is not enough, it grossly generalizes and also erases the intersex and gender nonconforming communities. This massive generalization causes the existing differences and stereotypes to be exaggerated. Part of the problem is how distorted and exaggerated our society’s views of gender are already.

Thats right, exaggerated. Remember the bit about HRT making hormonal biological sex differences in human bodies? How trans people will even say that their HRT has subtly changed the way they think and the way they view the world? The key word here is subtly. Not overt. Trans men who’ve been on testosterone for decades will tell you that while their body has changed dramatically, some things just don’t ever change. Hormones only have so much effect on our sex and gender. Society takes these differences, blows them way out of proportion, and structures everything around them. Most of what we perceive to be gender differences are simply gender stereotypes. Queer people are not exempt from participating in society’s most harmful stereotypes. Particularly transphobic stereotypes. Remember Zeke on Survivor GenX vs Milennials? He was outed at a tribal council meeting by a gay guy. He was called “deceptive” because of his transgender identity. The LGBTQAI community does not always do the best job of protecting its trans and gender nonconforming members.

Exploring ones personal sense of gender can help gain perspective on issues that are otherwise confusing or overwhelming. It can also help bridge the gap between cis and trans people. Challenging existing gender norms, exploring your gender identity, and talking to your cis het friends about it in a positive, empowered way is one of the best ways to be a trans ally right now. Also, its an irresistible new spice for your sex life, I promise.

Lastly, I think its important to make the distinction between being at odds with your gender identity, and living in a society that is at odds with you and your sexual identity. Its easy to feel like an outsider as a queer person, which might make you question your gender. There is no harm in exploring your gender identity. If you explore your gender and don’t feel good about it or enjoy it, you have no commitment to linger where you’ve wandered. All people should be free to express their gender no matter how they present or how they identify. You can be a tall man in a suit, and use she/her/hers pronouns. You don’t need to justify your identity to anyone, and you have the right to be your authentic self.

Also, the gender binary is total nonsense. Don’t play by that made up garbage. If you’re afraid of exploring your gender because cis is most convenient, not most comfortable, I encourage you to come up with a better reason.

One Reply to “Am I Genderqueer, or Butch?”

This site uses Akismet to reduce spam. Learn how your comment data is processed.

Copyright © 2022 Mad About It. All Rights Reserved. Theme by ILoveWP.com